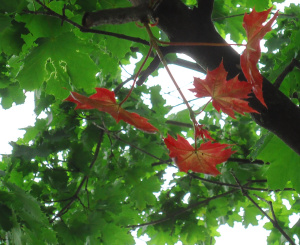 In light of the shootings yesterday in the city of Ottawa, and the subsequent statements I keep hearing that our country has changed, I can’t not say something.

As a nation of people who are often accused of having an identity crisis, we ourselves wonder who we are, and how we fit in. With our English spellings and our love of American television, we have been known as the “51st State,” though when we go to court, it’s us against the Crown. When asked to define Canada we come up with adjectives like, “big,” “culturally diverse,” or “the place where poutine and insulin were invented.” We are a nation of coffee-drinking hockey players who talk about the weather and say “sorry” when someone bumps into us.

Ours is a land populated with people who care about their towns, their cities, their neighbours and their country. We’re proud of our peacefulness. So can one act of violence change that? I’m here to say, quite loudly, NO.

At the moment we are reacting, and yes, it is deeply disturbing that on an ordinary day in the nation’s capital, a soldier standing on honour guard at the Tomb of the Unknown Soldier could be shot and killed. But while we are reacting, we are focusing on the family of the man who was lost. Because that is who we are.

It is in our nature as Canadians to pull together, to care for each other. And for all Prime Minister Stephen Harper’s statement that, “we will not be intimidated,” might refer to our government, it stands for our citizens as well. We CAN not be intimidated. We are nation of 35 million who feel the responsibility to protect one another.

That is something about Canada that will never change. 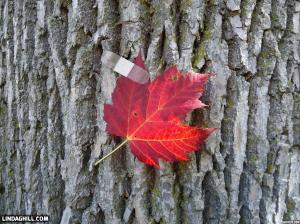