The difference between erotica and pornography is not love. It is word choice. 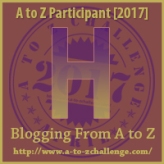 The short scene I’ve included below is one I wrote about three years ago. It is erotica, it is a bit messy, there are no swear words, and there is no sex. I think I may have linked to it a couple of years ago (it was on another site), so you might be familiar with it if you’ve been following me for a long time.

“If you want to be a healthy young woman, you need to eat more fruit,” he said as he placed on the kitchen table before me a peach and a bowl of blueberries.

When our relationship was new, he explained that he wanted to wait until at least the third month before we slept together. He enjoyed the anticipation, he told me on our first date. The concept was new to me, but so far I had to agree. Now, as the second month was becoming the third, we both felt the tension of our abstinence.

He told me also that he wished to take care of me. Feeding me seemed a little extreme, but I decided to go along with it for the time being. To see where he was going with it. He hadn’t lead me astray yet, after all.

He turned his chair around and straddled it, sitting at the end of the table, to my right.

“Are you hungry?” He raised an eyebrow and I took in his smile, the roughness of his five o’clock shadow, his lean body all the way down to his belt, below which I could only imagine.

“Famished.” I clasped my hands together in my lap, not wanting to look down but hoping my shirt was unbuttoned enough at the collar to tempt him with a little cleavage.

He picked up a single small blueberry from the bowl and held it to my lips. I opened my mouth but he didn’t let go of the fruit. Instead he twirled it between his thumb and forefinger.

I allowed him to place it in my mouth.

“Press it against your palate with your tongue … move it around … resist the temptation to eat it.”

I moved the little nub of fruit around inside my mouth as I was instructed. It was firm and round and I couldn’t … I shifted it with my tongue to my molars and gently closed them until the blueberry exploded in a tiny burst of bitterness.

“We’ll try again,” he said, patiently. The one he brought to my lips next was larger. Softer. I knew it would be sweeter and more difficult to resist. The skin of it was wrinkled and on my tongue it felt malleable. This time when I pressed it against the roof of my mouth it gushed, yielding easily to the pressure.

“You really are hungry, aren’t you?” He smiled at me and shifted in his chair to ease his discomfort. “Let’s try the peach then, shall we?”

He held it out to me and I took it. It smelled as ripe and luscious as it looked.

“Bite it,” he commanded, his eyes half-lidded. “Open wide and …”

My teeth penetrated the delicate skin of the fruit, and the juice cascaded past my lips in a great wash of fluid. I tilted my head back to guzzle as much of it as I could, but some of it dribbled down my chin as the flesh of the peach made contact with my tongue. I took as much down my throat as I could handle; the excess dripped from the edge of my lower lip. I felt it drop and then trickle down between my breasts and I moaned.

Licking his own lips in sympathy, or perhaps it was lust, he stared at me, hard.

If you’d like to read some more of my fiction, please check out my A to Z Challenge-inspired novelette “All Good Stories.” It’s a romantic comedy about two best friends who belong together – Xavier knows it, but Jupiter has her eye on another guy: a shady character named Bob. There’s even a touch of erotica in it.

With an old war raging between vampires and shifters, Ria must learn to refocus her life if she’s going to survive.

Her renegade fight was just the beginning. The queen is recruiting new soldiers. Ria’s going on vicious missions with her battle buddy. And her explosive abilities are malfunctioning at inopportune moments.

So now, Ria must forgo her selfish desires to compartmentalize her life, but what’s she to do when she can’t save everyone she wants to? One girl may not be capable of taking down an empire. Good thing Ria’s got help.

An Excerpt from Chapter Eleven:

Tahe whimpered beside me as I came awake with the hot fumes of barbequed meat and blood clogging my sense of smell. Her breath fast and shallow, her nails dipped into my forearm. “You awake, red.”
“Yeah.” A mallet pounded on my temples in a steady staccato, and I rubbed them as the cracked windshield came into view.
“Good.” Her breath caught. “Need some help.”
Terror strangled me when I turned to her. A piece of metal pinned her to the seat through her abdomen. I jumped back, hitting the door handle with my shoulder blades.
“Oh shit.”
Harris blinked at me from the passenger seat, dagger handle jutting out of his chest and blood dripping from the corner of his mouth. “You bitch.”
“Red.”
I jerked back to reality and the blood spreading through her top. I peered around quick, looking for the phantoms of Harris. Nothing but woods.
“Ain’t nothing to go off the deep end about. At least it ain’t wood.” Tahe took another shaky breath. “How far out the back is it?”
The metal came out clean on the other side. “A few inches.”
“Doable.” Wetness garbled her words.
“Okay. You need to stop talking unless it’s necessary. Let me see if I can pull it out the front.” A single hole of a few inches in diameter punctured the windshield on her side, and the metal looked like one of the posts off the guardrail. The end still had a flat wire where it connected to rail and left Tahe enough room to grab hold of it with one hand. I hoped there were no jagged pieces inside that would tear her further when I pulled it out, but if it did, I’d need something to stop the bleeding.
My door was crushed shut. “I’m going to see if there’s anything in the trunk to tend the wound once you’re free, but I have to break my window. Turn away so I don’t spray you.”
Pulling my sleeve taut against my elbow, I hit the glass three times before it shattered. A small chunk fell inside, but the rest remained intact with spider-line fractures that I pushed out.
The trunk didn’t have a whole lot of useful junk: just fluids, a jack, and a spare tire. Crap. I needed to call for help. My phone proved useless with its smashed screen. Double crap.
My giant savior it was then.

Bio: Alisha Costanzo is from a Syracuse suburb. She earned her MFA in creative writing from the University of Central Oklahoma, where she currently teaches English. She’s the author of BLOOD PHOENIX: REBIRTH, BLOOD PHOENIX: CLAIMED, BLOOD PHOENIX: IMPRINTED, and LOVING RED, and co-editor of DISTORTED. UNDERWATER, and AFTER THE HAPPILY EVER AFTER. She’s currently editing her new 2017 fire-themed anthology, writing about Ria’s father, and crafting her new YA novel for its 2018 release. In the meantime, she will continue to corrupt young minds, rant about the government, and daydream about her all around nasty creatures.

To enter to win an e-copy of Blood Phoenix: Imprinted, click the following link: