The new novel by Charles E. Yallowitz is out now! Buy it today!

The day has come, everyone!  Legends of Windemere: Prodigy of Rainbow Tower is live on Amazon.com!  See the adventure that Luke Callindor and his friends have found themselves in now.  Meet the hot-tempered, magic-hurling Nyx and her cunning rival Trinity the Chaos Elf Queen.  Filled with more humor, action, drama, and adventure than Legends of Windemere: Beginning of a Hero, this book is already being praised on Goodreads.

Anyone that received preview copies, feel free to write up reviews for the Amazon and Goodreads site.

For the month of August, Legends of Windemere: Prodigy of Rainbow Towerwill be .99 cents.  After that, it goes up to $2.99.

Thank you to everyone that has helped me and supported me.  I couldn’t have gotten this far without you and a big thank you post is coming soon.

A brilliant post by one amazing writer about two more great writers who are about to publish their novels. Please check them out and support them. 🙂

Views From A Poet 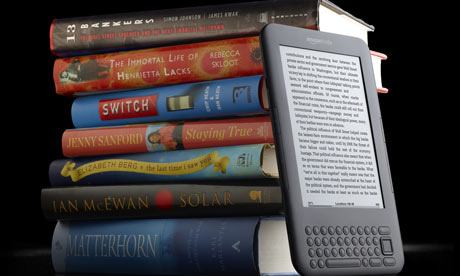 It’s ever amazing – to this one, at least – how quickly and how strong the bonds become within my small circle of WordPress friends. The support offered and received is such a grace in my life. With this in mind, I would ask you to keep in your thoughts (and visit the blogs of)  two such wonderful people. Both are releasing – as I type – their novels!!!   Please visit their blogs and support them…

http://legendsofwindemere.com/ …Charles Yallowitz is releasing another in his Windemere series,
Legends of Windemere: Prodigy of Rainbow Tower

I’m sending hopeful and positive thoughts in their direction. I am acknowledging their dedication and hard work. My very best wishes to both of you dear, dear friends.

Who invented fruit flies? What are they good for except invading our kitchens and eating our fruit? Would they fill up the belly of a bird? No. And I refuse to let a bird into my kitchen to test the theory. How many tiny fruit fly bodies do I have to pick out of my wine? I get enough protein, thanks.

Every year it’s the same thing. You go into the grocery store and see them swarming around the onions and you think to yourself, the strawberries are far enough away from the onions that they shouldn’t have got into them, right?

And so every year my kitchen is either on the wing, or littered with fruit fly traps. The home made ones are the best. A jar with a small piece of banana peel inside and cling wrap over top with a tiny hole. They can get in, but they can’t find their way out.

They are still and always will be a bloody nuisance though!

“Wine is good. Fruit flies are a nuisance.”

Back when I was five years old, I remember being on vacation with my mother in England. On this particular day that so clearly comes to mind, we were driving to the seaside. My uncle, who was driving, told me that it was a good sign that the cows were standing up in the pastures as we drove by.

“Why?” I asked in a perfectly five year old fashion.

“Because when the cows lay down it means it’s going to rain,” he explained.

Since that time I’ve taken predictive cow thing to the next level – to a degree of percentages. So for instance, if three quarters of the cows in a field are standing up, there is a potential for a 25% chance of rain.

So today I was driving to where my son was at camp. It was out in the middle of nowhere and inevitably I passed a field where there were horses and only one cow. It was bright and sunny, but the cow was laying down.

When I passed the same cow on my way home, my windshield wipers going as fast as they could, I nodded to the cow.

I wrote a fanfic for the daily prompt on The Community Storyboard – all in good fun. 🙂
Lots of great writing there by different authors – go and have a read!

So I’m taking this grammar course. It’s necessary for the college certificate I’m aiming to get, in order to put something ‘professional’ on my resume, for me to take this course. I always thought my grammar was pretty good. Yes, I’ve learned a few things, such as the fact that if you’re quoting even the name of something at the end of a sentence, you should put the period inside the quotation marks. The same goes for a comma.  That’s fine – I was bound to learn something new.

My problem is this: for my final assignment in this course, I have to write two grammatically correct paragraphs. No problem, right?

Wrong! In fact, SO wrong!

This course is making me question everything I learned in grade 7 English. Who knew there were eleven types of verbs? Now that I’m learning about all these different parts and tenses and exceptions and everything else on top, I’m almost afraid to speak, let alone write! And I have to construct something that’s going to be marked?

Go to The Community Storyboard; read this (my poetry) and more! 😀

It’s been a while since I last had anything to post about on my paper route. Of late my walk around the block has been lacking in anything adventurous… but now I have two things to report!

First, one of my customers has a robin’s nest tucked into the corner of the overhang above his front door where the mailbox is located. Every day I’m dive-bombed by an anxious male robin when I try to deliver the paper. Who knew male robins could be so aggressive? I would never hurt it, but it flies so close to my head that all I would need to do is raise my hand and I could knock the silly thing out of the air.

In other news, they trimmed Nosehair!

I’m not sure if Nosehair is pleased with his freshly plucked proboscis… I, on the other hand, am considering a new nickname for my leafy friend. Any suggestions?

An amazingly inspirational piece. Dig it!

“Faith goes before; understanding follows after.” A great theologian believed this, and so do I. Believing after the fact is simple. Believing before the manifestation has presented itself, is not. And yet, faith requires such.

You are the artist of your own life’s portrait, I believe. I also believe each of us has more power than we know; more power than even Saint Augustine knew 15,000 years ago when he made that statement. To me life is a combination effort. At times I have waited on God. At times God has waited on me. And when I choose not to take an active part in the creation of my life, things become stagnant. I become stagnant. The paint upon my canvas dries, and the picture stays incomplete.

Pick the size of your canvas. Choose the colors. Paint with wild abandon or with careful precision. Just paint. We don’t have to…

The Magician’s Blood is 70% off