Lisa is a fairly new blogger – she’s an amazing writer and a great photographer! I’m sure she’d love it if you went over and said hello. 🙂 Look around while you’re there – I’m sure you’ll enjoy what you see.
Thanks so much again for the mention, Lisa. It’s my pleasure to help. 🙂
Note: Comments here are turned off. Please comment on the original post.

Lost in the Subway

I am new to blogging. Very new, as in 6 months new. I didn’t read a book on how to become a successful blogger because when I began, I wasn’t interested in monetizing the product. The purpose was to finally succumb to a driving desire to write. Encouraged by a couple of friends, I finally stripped bare and leapt off the cliff, arms aloft, screaming bloody murder the whole way down.But the water is warm and inviting. Turns out it’s crowded, too. An element I hadn’t expected but find welcoming and delightful. I’m sure I’ll hit some cold springs now and then, but I love it so far.

I want to take a moment to recognize two bloggers who have given a little of their time to help me. The first isLindaGHillfor helping me through my email issue, and the second is Dark Night Chroniclesfor the prompt…

Today, the great blogger who calls herself “Cordelia’s Mom” and I tried an experiment of sorts – guest post on each other’s sites. Here’s mine – hers will be posted on her site as a re-blog too.
Thanks to CM for doing this today – it’s been fun!! 😀 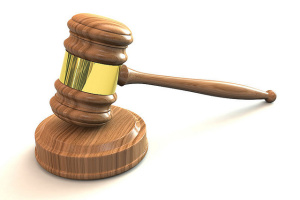 I told you all that you would be impressed by my newest guest poster!  I know I am.  For those who don’t know her (that’s not even possible!):  Linda is an author, mother, and the owner of the blog, LINDAGHILL.com.  We’ve agreed to do reciprocal guest posts today (I am so totally beside myself!) – after you’ve read Linda’s post here, hop on over to her site and read my guest post there.

A Two-Fer!  Enjoy them both.

I’m an honest person. I’m the sort who gives the twenty dollars of extra change back when the cashier makes a mistake  – the kind who would (I’ve actually done this) chase a car out of the parking lot waving a fiver at the guy who just drove away from the pump after having given me two fives…

I’m honoured to have the wonderful and talented Cordelia’s Mom guest post for me today! Thanks, CM!
Please enjoy!! 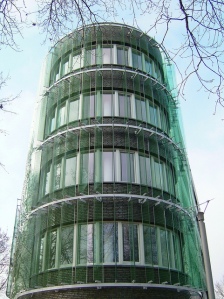 You know, you folks have dirty minds. Unless, of course, you immediately thought of windows when you saw the title of this post.

Personally, I’ve never understood the preoccupation with sex. Sure it’s fun, especially with a partner who knows what he or she is doing. But let’s face it – sex has been around for a very long time, and basically it consists of the same basic action: one person’s body part interacting with the body part of another person.

Each generation has become a little more sophisticated in its knowledge of sex. I grew up in the 1950’s/1960’s, when television sitcoms couldn’t even show a married couple in the same bed. I turned 18 in 1970 – just at the time that David R. Reuben, M.D. published his book, “Everything You Want to Know About Sex But Were Afraid to Ask.”

Believe me, that book was as much of a blockbuster as the current Shades of Grey – maybe even more so, because “Everything …” was not fiction.

At 18, I was still a virgin – in fact, I had never even had a date (remember – this was back when women were still supposed to remain pure until marriage). Wanting to enlighten myself, I managed to get a copy of “Everything …” and snuck it into my mother’s house, where I would read it in the privacy of my own room late at night.

I mean, really? My mother had been married for many years and had four kids! At some point, she and my dad must have figured out how to do it.

But it wasn’t marital sex she was confused about. I’ll never forget our conversation wherein she said, “I can understand how homosexuals do it,” [hand gestures of pointer finger of one hand poking into the circle formed by the thumb and pointer finger of the other hand] “but how do lesbians do it?” [hand gestures of two palms flat against each other]. “I mean, girls don’t have that part.” (Had she said penis, I really would have died. I knew my brothers had them – I had even diapered my baby brother – but I sure didn’t want my mother talking about them!)

I was way too embarrassed to explain about same-sex relationships (and I only knew from things I had read), so finally I just handed over the book. I don’t know if my mother became enlightened as to those issues, but she never asked me any sex questions after that (thank God in Heaven).

These days, there is no mystery surrounding sex. It finds it way not only into books, but into sitcoms, movies and advertising. I’m not sure that’s better than it was in my mother’s day.

My mother’s generation watched Jimmy Stewart trying to catch the moon for his girl, and Clark Gable carrying Scarlett up the staircase. The current generation has Shades of Grey – is that really better? I don’t think so. Although people are flocking to the movie, Shades of Grey, for the perceived sensationalism, I still think most of us would prefer a good, old-fashioned romance – even one that ends with those famous words, “Frankly, Scarlett, I don’t give a damn.”

Which, by the way, was considered pretty risqué at the time. We’ve come a long way, haven’t we? I’ll leave it to you to decide whether it’s been an improvement.
__________

Images by: Colt Group
and Cordelia’s Mom
***
POSTSCRIPT: Thank you, Linda, for giving me this opportunity to guest post for you. I am truly honored!

You’re welcome CM!
A note for my readers: please click on over to Cordelia’s Mom’s site and read my guest post too!
http://cordeliasmomstill.com/ Thanks!!